3 Ways Wayne Dyer Changed the Way I Look at Things 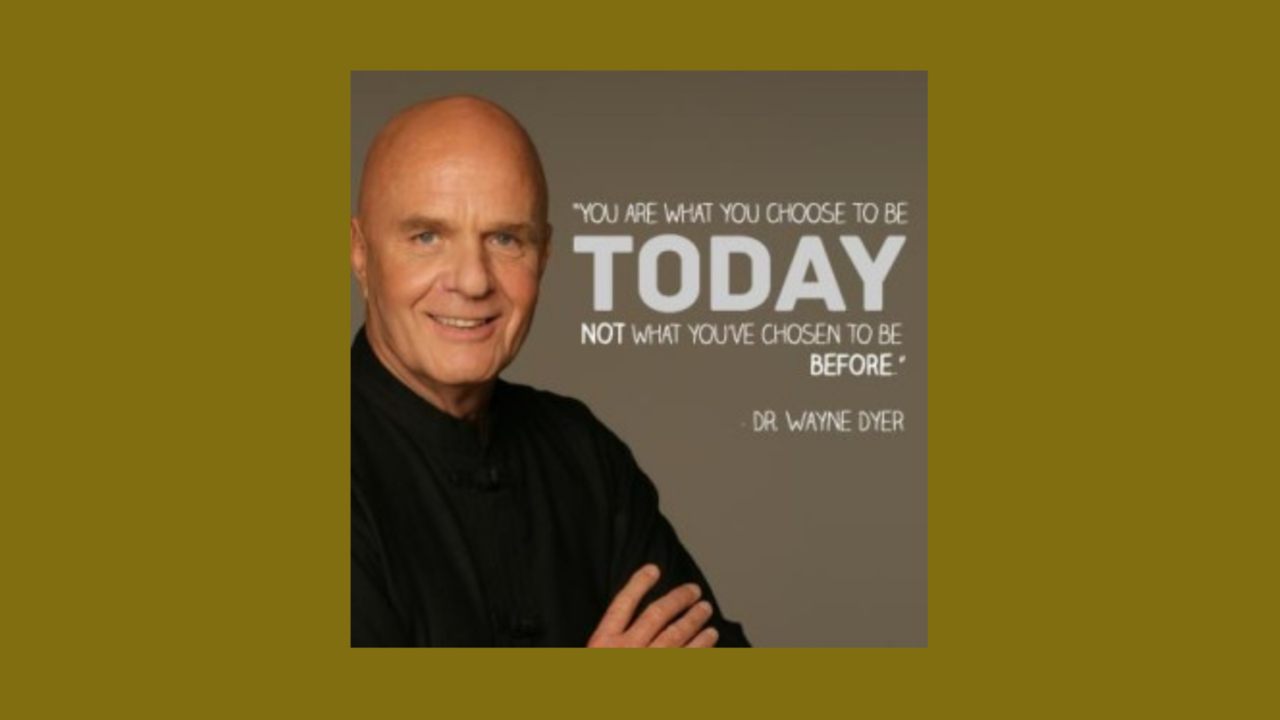 Yesterday a friend called to share how she had been inspired and empowered by watching Wayne Dyer on Super Soul Sunday. It made me reflect on what he has meant to my life.

It was only later in the day I got the news he had made his transition.  I began to think back to how thoughts he shared in his books and personal appearances have expanded my mind and lead to the life I enjoy today. These are just three of them in no particular order.

1. To a No-Limits person, winning is an internal process.

I was always competitive. I was eager to win first place whether it was reading the most books in the summer reading program or raising the most money in the church fundraiser. When I didn’t reach these goals I’d feel deflated. When I won, I felt victorious. Yay! I wasn’t a loser.

When I learned that winning is an internal process, it took the pressure off and helps me stop judging my success by the world’s index.

I get to practice this regularly, like when I signed up recently for an art class in a process new to me called Zentangle.  The other seven students had experience with the process and some of them created amazingly beautiful and mesmerizing designs.  As a newcomer to this process, my lines and circles were unsteady and hesitant making me feel I was at the bottom of the class. By the 2nd class, tears of defeat, unworthiness, and incompetence welled up when the teacher asked us to show what we had created for homework.  I wanted to quit.

Fortunately, I was able to pull myself back by recalling that I was once a beginner at every skill I’ve mastered in this life, beginning with learning to talk, walk, and read. If I’ve mastered other skills, I could master this technique too, if chose to. Most importantly, I realized that I was a winner just for setting a goal and showing up to the class willing to learn and open to the teacher’s suggestions on improving my technique. I took control of my attitude and inner feelings about my experience. Yay! I was a winner without anyone needing to be a loser!

2. Follow your passion in life, but detach from the outcome and allow the universe to handle the details.

The prayers of the adults during my childhood always seemed like begging for favors from a Santa Claus in the sky. They were specific about what they wanted but felt unworthy to receive it. Some even felt selfish or guilty for asking for a better life. All the time they often focused on their current situation, not how they wanted them to be.

Each achievement in my life seemed far away when I first imagined it but I decided I deserved them:  enjoying a teaching career,  having a family, operating a tutoring program, earning a PhD, writing a book, moving to a new home, traveling the world and more.

When people ask for details on how I accomplished any of these, I can’t give them the typical specifics. Because of what I’ve learned from Dyer over many years, the journey to all of my accomplishments starts with a deep desire. I  imagine how I will feel and even see myself in these scenes.  What a relief to learn that whatever I wanted already existed. I didn’t have to create it, I just had to attract it. Like a little kid who wants a bicycle so desperately that he can think of nothing else day and night, I visualize not the actions I needed to take, but how I would feel when each of these manifested in the material world.

For example, I always aspired to earn a PhD even as a kid when a mentor told me it was the highest degree you could earn (I told you I was competitive.)

By the time I was at the educational level to go after a PhD, however, I didn’t have the funds nor time to do gymnastic classes, science workshops, church activities, and more.  Only a delusional person would try to fit academic studies into that mix!

Still, when I learned of the availability of full-time doctoral grants, I applied. I completed the long application process and waited for four months only to receive a rejection letter. I was disappointed, but I decided that this grant must not be the route the universe intended. I’d keep a lookout for another path.

A month after having received the rejection letter, I received another letter from the grant foundation now offering me a grant. What? The number of the selected recipients had declined to accept the grants, opening up a slot for me, if I wanted it. Wow! It seemed like magic, but I knew it was because I let the universe work out the details. Now the universe just needed to work out the details of how I would manage all this.

3. Don’t die with your music still in you.

This idea has been so powerful in my life that it has become a guiding principle. Once I understood my happiness is my choice, it became easier to make decisions about which goals  I would pursue.

Like anyone else, I’ve sometimes hesitated to take a step that seemed scary according to the world’s standards. But when I recall my imperative to live my own life, I’ve been able to move ahead. Here’s an excerpt about one of those times from my book, Color Your Life Happy: Create Your Unique Path and Claim the Joy You Deserve, 2nd Edition.

The year before I retired from my teaching career, I was considering teaching for a little longer. I had been teaching at Fullerton College close to twenty years; and while that may seem like a substantial amount of time, it wouldn’t give me full retirement. I would have to teach a total of thirty years or more to reach a retirement income nearly equivalent to my salary.

During the summer of 2006, I decided to have some home remodeling done while I had ample equity in the home and so the changes would be in place when I retired. It was one of the hottest summers on record for Southern California. Then—wouldn’t you know it?—my home air conditioner broke down. The repair service was backed up with orders and wouldn’t get to me for more than a week. So for more than a week, I endured the heat all day while work crews were in and out of my house doing the remodeling. It was worse at night, when it seemed to get hotter. I got so hot it was impossible for me to get cool. I didn’t learn until later that I had suffered heat stroke.

Just when I felt better and the remodeling was complete, I returned to the fall semester, still not sure whether it would be my last year. My doctor had been urging me to get a colonoscopy ever since I had turned fifty, but I had neglected to do so until that fall. I made an appointment, did all the body-cleansing prep, and went to have the colonoscopy, accompanied by my youngest daughter.

After I regained consciousness, the doctor told me she had removed three polyps from my colon, one of which was cancerous. Although the polyps had been removed, my doctor suggested that I should consider colon surgery to ensure that the cancer had not penetrated my colon wall.

It was then, after my heat stroke and the possibility of colon surgery, that it became clear to me: I was going to retire right now and get busy doing things I had put off for retirement. I decided to forgo surgery and improve my eating habits and lifestyle instead.

Even though I had traveled and already done many things in my life, many things remained on my list. Postponing these things in an effort to ensure that I had a few more dollars in my retirement fund seemed ludicrous. I chose to live, love, and play more.

So I retired in May 2007 and immediately traveled to two places I had long wanted to see: China and Italy. I took several domestic trips as well. After gallivanting around the globe a bit, starting new websites and blogs, I also began writing [the first edition of] this book.

We are blessed that Wayne Dyer did not leave us with his song, dream, and books inside him. They are now part of our lives, empowering and inspiring us to live the lives we came to live. More important, Dyer insisted that we each have the power to inspire others. By living our own authentic lives we are doing just that. What better way to honor his legacy.

Tell me in the comments how Wayne Dyer impacted your life.