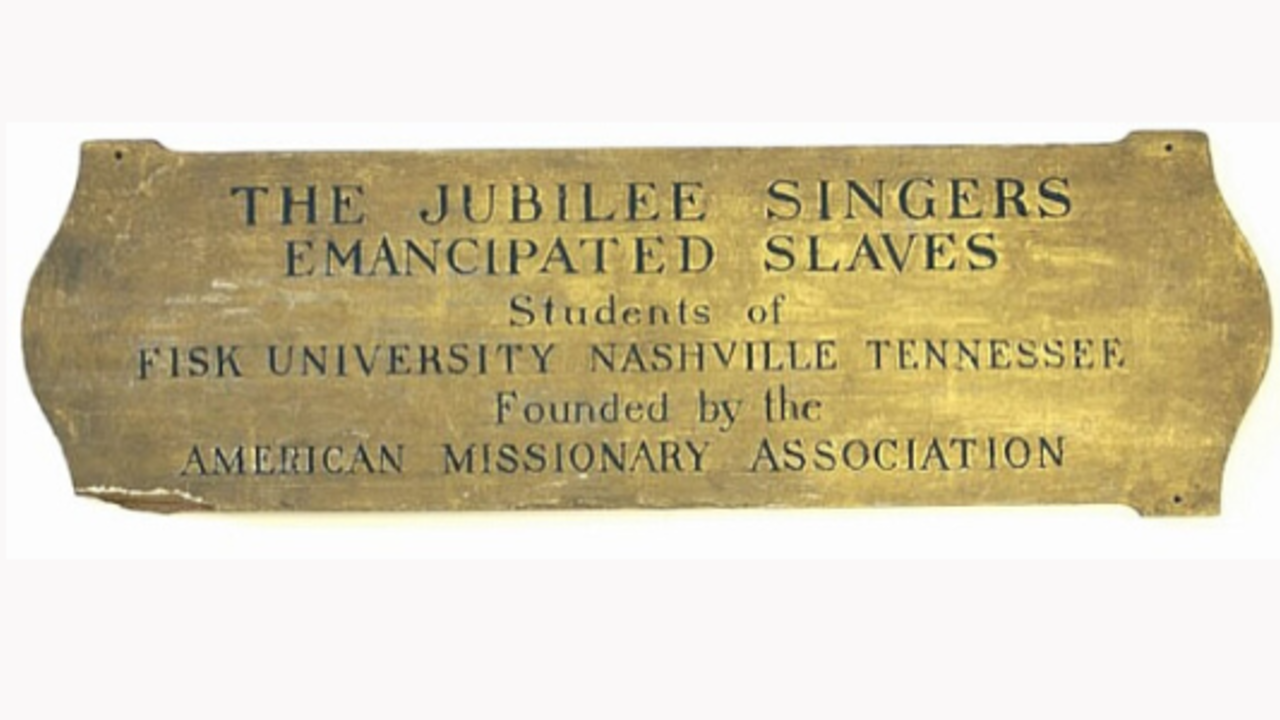 The Fisk Jubilee Singers are an American a cappella ensemble that was formed in 1871 at Fisk University in Nashville, Tennessee.  The school was founded in 1866 and originally named Fisk Free Colored School. It was funded by the American Missionary Association, an abolitionist organization. 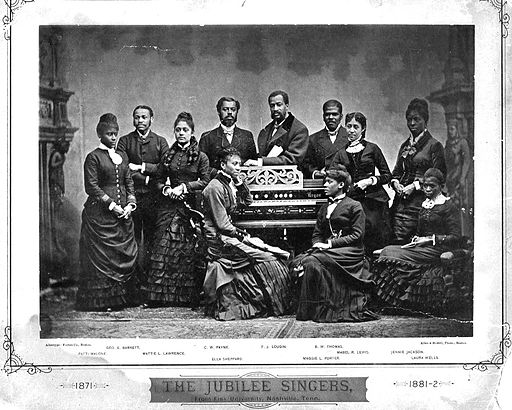 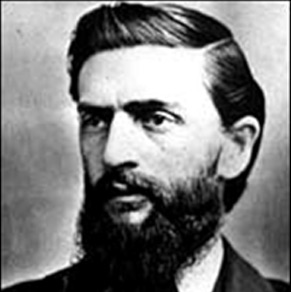 The group was formed by George L. White in 1867 to raise funds to help keep the school afloat. He was a white, former Union army sergeant who was the treasurer and one of the first teachers at the school. 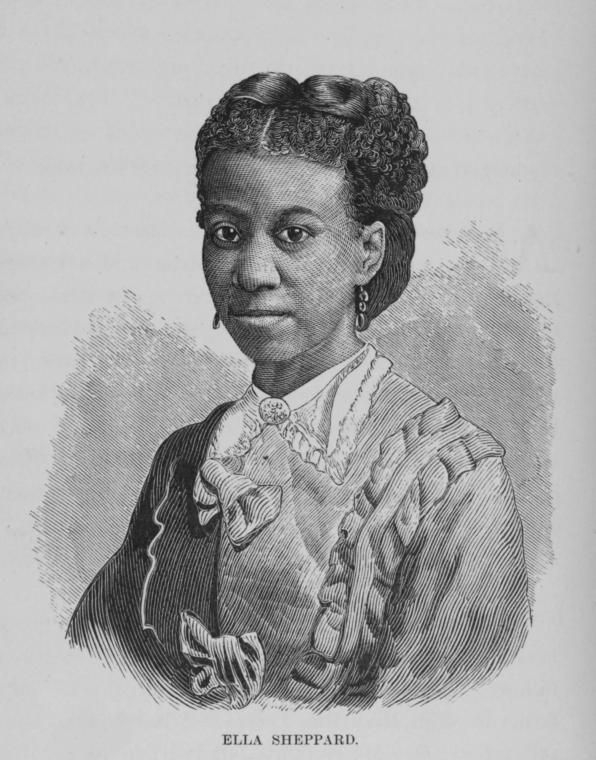 Ella Sheppard, soprano, pianist and reformer, was the matriarch of the Fisk Jubilee Singers. She was born a slave in 1851 on Andrew Jackson’s Hermitage plantation and was a direct descendant of Andrew Jackson. Her father bought his freedom and hers, but the slaveowner adamantly refused to let him buy his wife's freedom. Once free,  he eventually fled to Cincinnati, Ohio with his daughter to avoid being recaptured back into slavery. It was there that a German woman impressed by Ella's talent, taught her to play piano, while an eminent white vocal teacher agreed to give her twelve lessons, provided she keep them a secret. She had to arrive and depart at night by the back door.

When the Fisk Jubilee Singers went on the road, it was the first public performances of songs that until then had only been heard in the fields and behind closed doors.

Some audiences were pleased, but not all. Some white audiences were disappointed that the performances were not the usual minstrel shows they expected from a black group. Some black audiences resented them singing songs from slavery believing those should be kept within the collective memory of the ancestors who had suffered under slavery.

In 2002 the Library of Congress honored their 1909 recording of "Swing Low, Sweet Chariot" by adding it in the United States National Recording Registry. In 2008 they were awarded a National Medal of Arts.

The Fisk Jubilee Singers were instrumental in preserving the unique American musical tradition known today as Negro spirituals. They broke racial barriers in the US and abroad in the late 19th century and entertained kings and queens in Europe. The current Fisk Jubilee Singers continue the legacy.