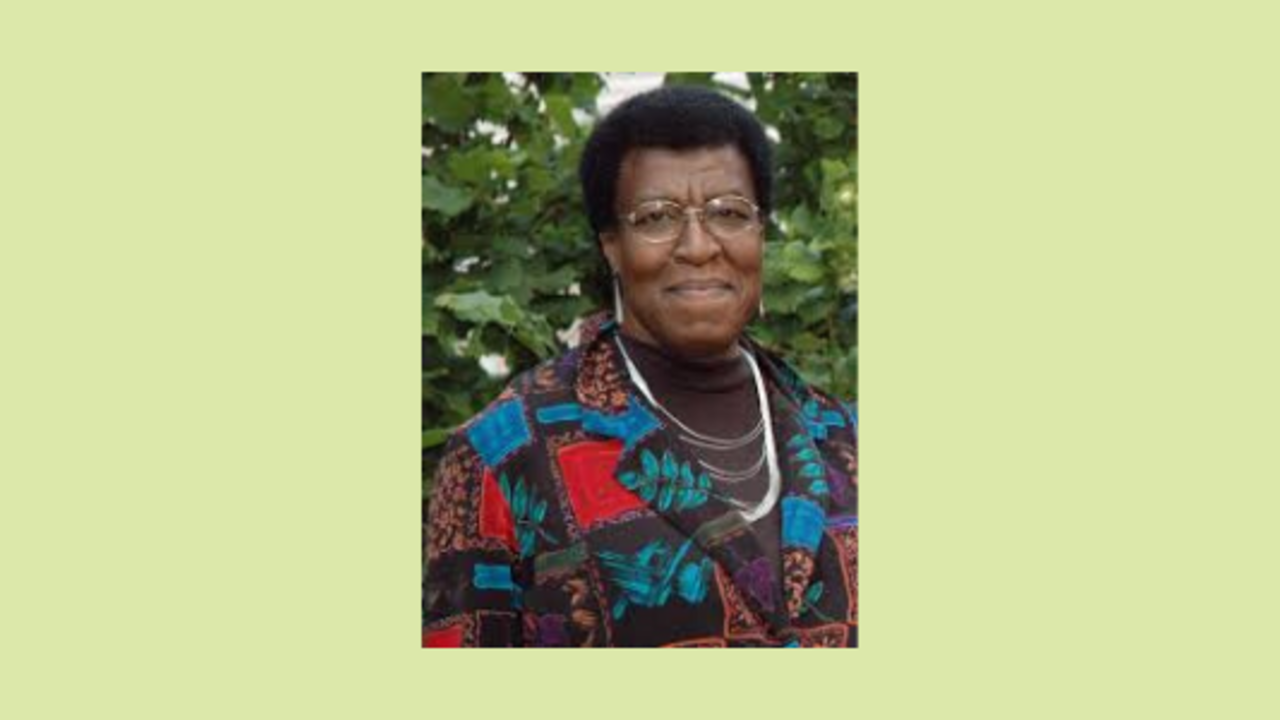 Octavia Estelle Butler was born June 22, 1947 in Pasadena, California, the only child of Octavia Margaret Guy and Laurice James Butler. Her father died when she was 7 and she was raised by her maternal grandmother and her mother who worked as a maid to support her. She later drew inspiration from this in her writing. 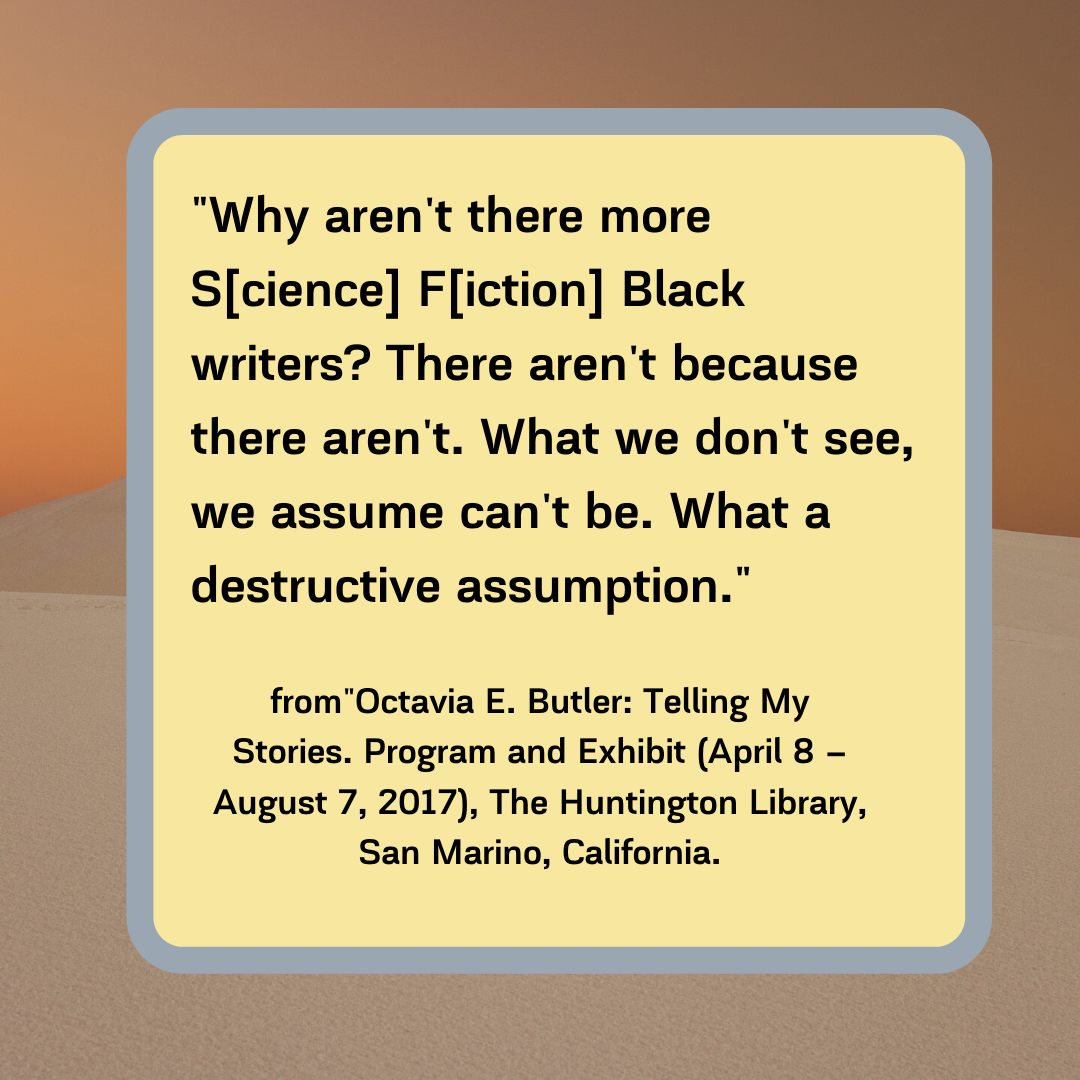 Octavia began writing at an early age, and spent much time in the library reading and making voluminous notes in her “big pink” notebook.

She earned an associate degree from Pasadena City College and also studied her craft with Harlan Ellison at the Clarion Fiction Writers Workshop. Ignoring her mother’s suggestion that she work as a secretary for the steady pay, she worked temporary jobs so she could keep a strict writing schedule, determined to make writing her life’s work. 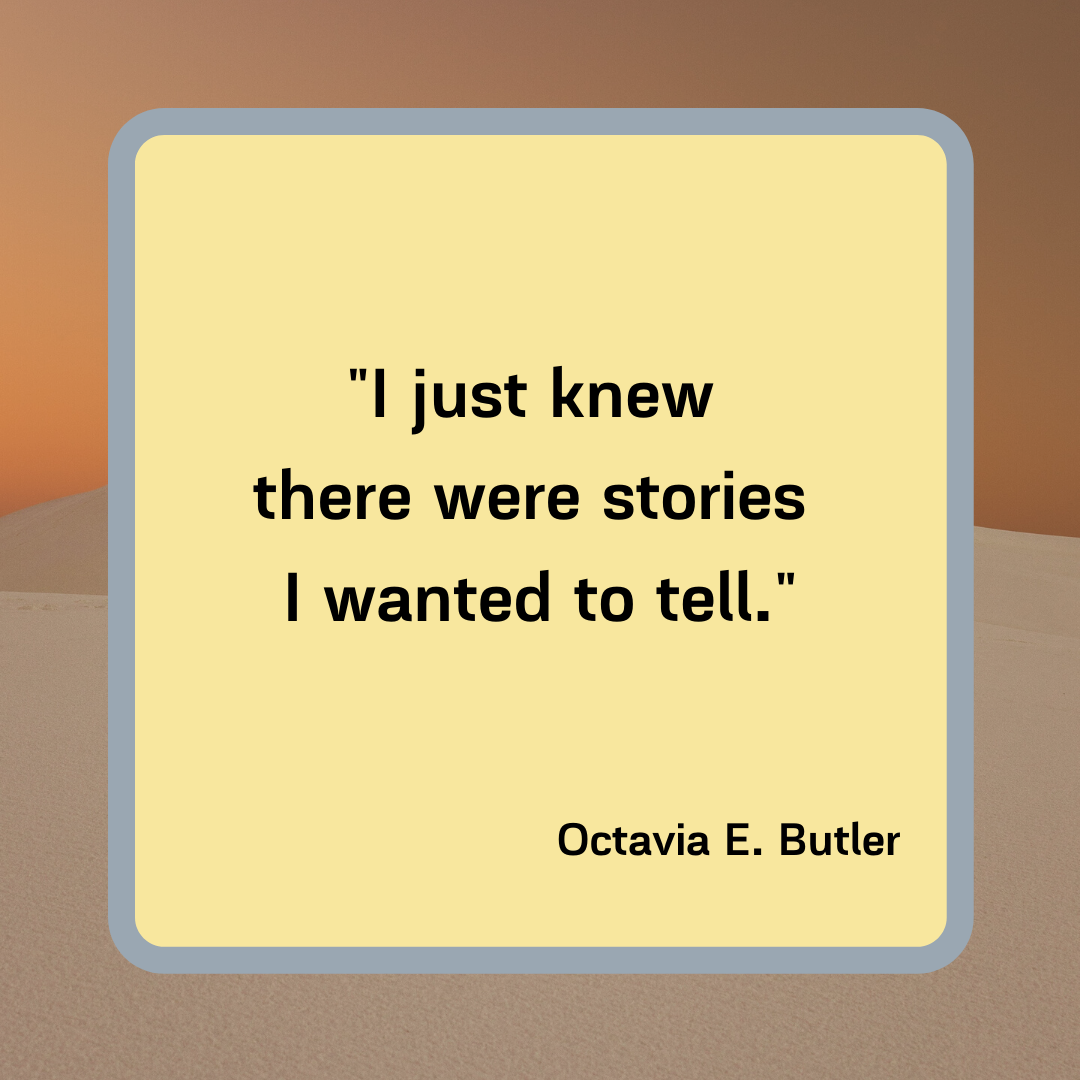 Her first novel was Patternmaster (1976) and would ultimately become one of the installments in the four-volume Patternist series.

In 1979 she wrote her breakthrough novel, Kindred,  the story of an African-American woman who travels back in time to save a white slave owner—her own ancestor.

Referring to her mother's work as a maid she said, "I didn't like seeing her go through back doors," she once said, according to The New York Times. "If my mother hadn't put up with all those humiliations, I wouldn't have eaten very well or lived very comfortably. So I wanted to write a novel that would make others feel the history: the pain and fear that black people have had to live through in order to endure." 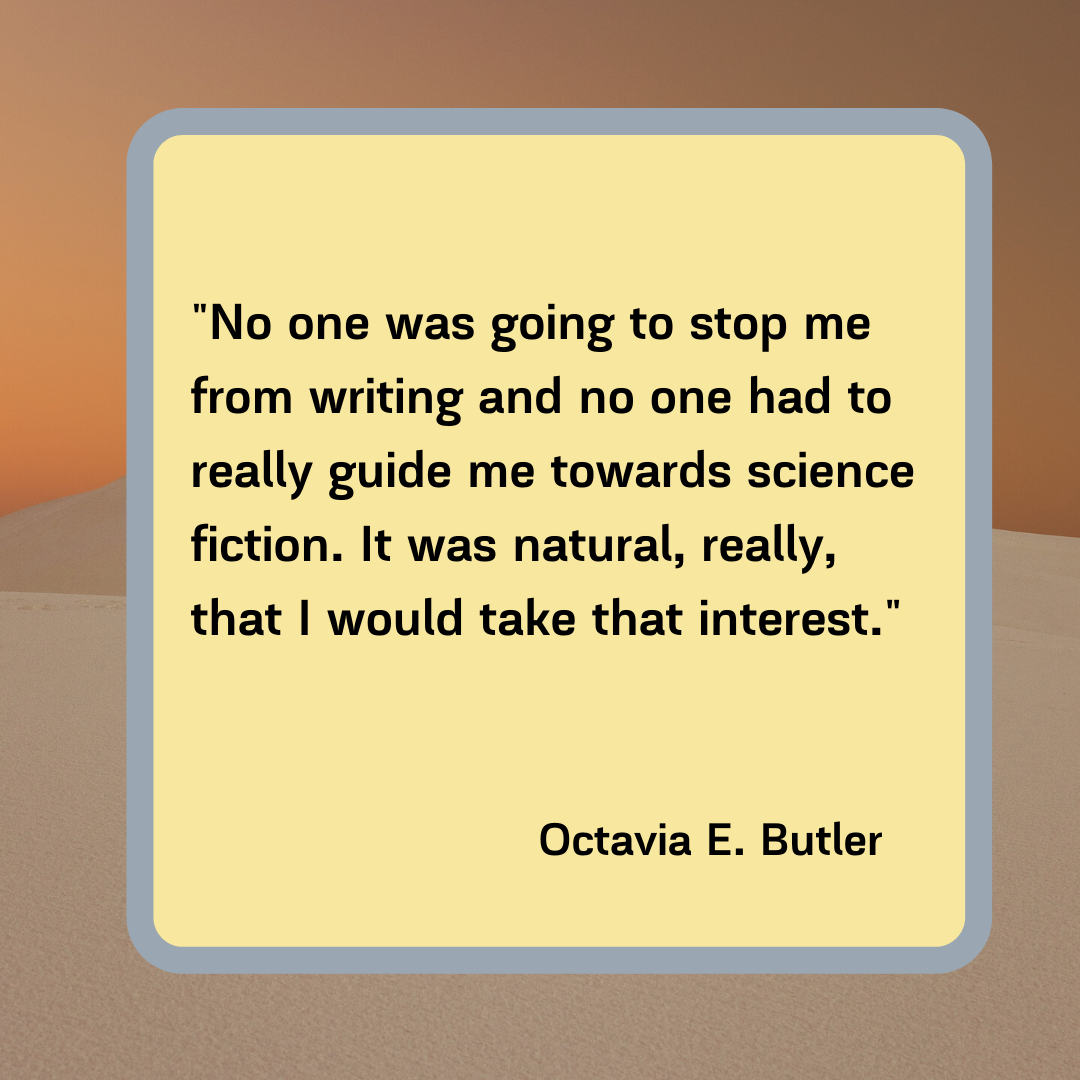 In the late 1980s, Butler published her Xenogenesis trilogy—Dawn (1987), Adulthood Rites (1988) and Imago (1989). This series of books explores issues of genetics and race. To ensure their mutual survival, humans reproduce with aliens known as the Oankali. Butler received much praise for this trilogy.

In the mid-1980s, Butler began to receive critical recognition for her work. Here are a few of her awards:

-Hugo for the novelette “Bloodchild”

-“Genius” grant from the MacArthur Foundation becoming the first science-fiction writer to do so. This allowed her to buy a house for her mother and herself.

In 1999, Butler moved to Seattle where she continued to write. Her last novel was Fledgling (2005), an innovative take on vampires and family structures.

She died on February 24, 2006 at 58 years old. Gregory Hampton remembered her in Callaloo, as a writer of "stories that blurred the lines of distinction between reality and fantasy." And through her work, "she revealed universal truths."

On June 22, 2018, Google featured the award-winning author in a Google Doodle to honor what would have been her 71st birthday.