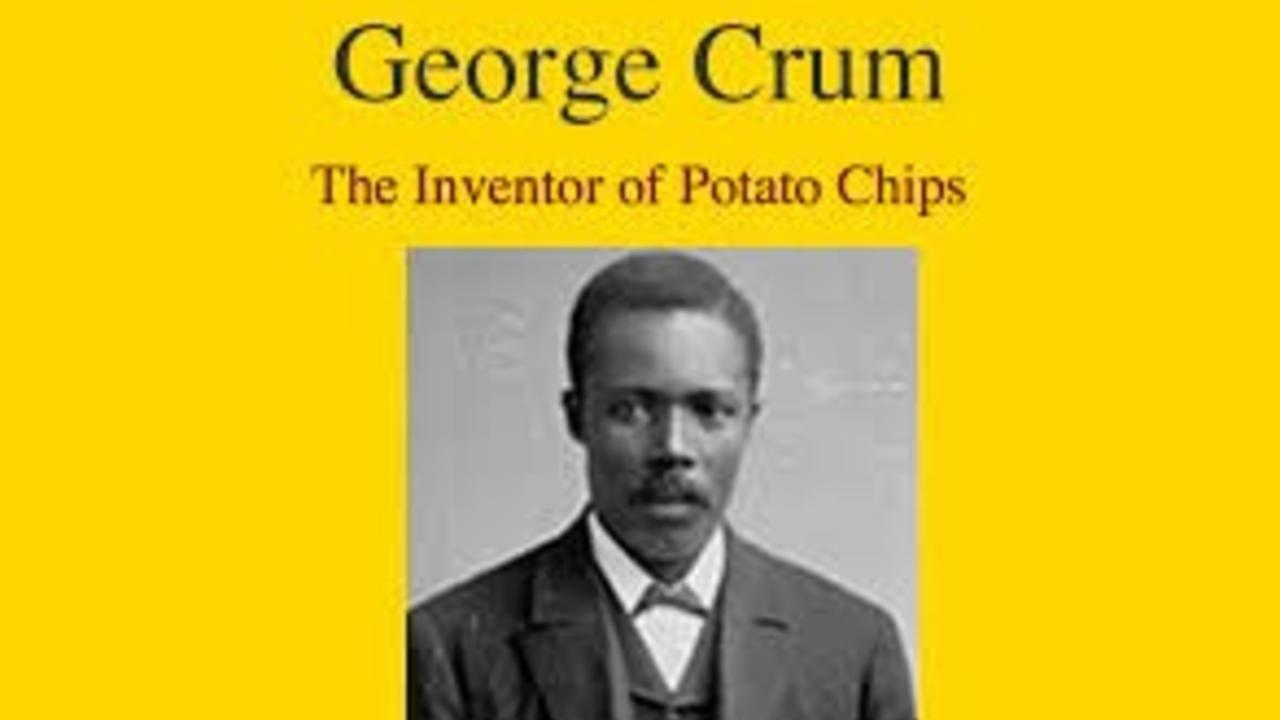 DAY 9--George “Crum” Speck (1824-1914) a renowned African American chef is my hero because he is credited with inventing the potato chip, my favorite snack. Yum!

Born George Speck, he worked at Moon’s Lake House, an upscale restaurant in Saratoga Springs that catered to wealthy Manhattan families in the mid-1800s. It is said that one of his regular customers, Commodore Cornelius Vanderbilt, couldn’t manage to ever remember Speck’s surname and kept calling him Crum. The name stuck.

Rumor has it that one day Vanderbilt complained that his potato fries were too thick and sent them back to the kitchen. In frustration about the complaint, Crum sliced the potatoes super thin, fried them to a crisp, and loaded them with salt. To Crum’s surprise, Vanderbilt loved them. Crum and Moon's Lake House became famous for their special “Saratoga chips.” It drew people from miles around to get them.

When Crum opened his own restaurant in the 1860s in Malta, New York, you can be sure every table had a basket of potato chips.

As you might expect, there are some who dispute that Crum was the true inventor of the potato chip. Some say a recipe for potato chips appeared in cookbooks as early as the 1800s. Crum’s sister, Kate Wicks, said she was the true inventor when a sliver of a potato accidentally fell into a hot frying pan. Crum, himself, agreed that his sister’s account may be true.

Years later, Cary Moon, owner of the restaurant took credit for the invention and began packing and distributing potato chips in boxes.

Potato chips remained a local delicacy until entrepreneur and salesman Herman Lay (of the "Betcha can't eat just one" fame) learned about potato chips, bought a potato chip company in Atlanta, GA and began traveling through the south introducing potato chips to different locations. His ability to mass-produce and distribute them widely in the US and Canada caused him to profit most from the invention.

Unfortunately, Crum didn’t secure a patent on his invention. While he never got rich from his creation, he is remembered by a plaque near where Moon’s Restaurant once stood. Enjoy this short video about George Crum.

If you enjoyed this story, tell us what you liked about it in my Facebook group, YourLifeStoryMatters