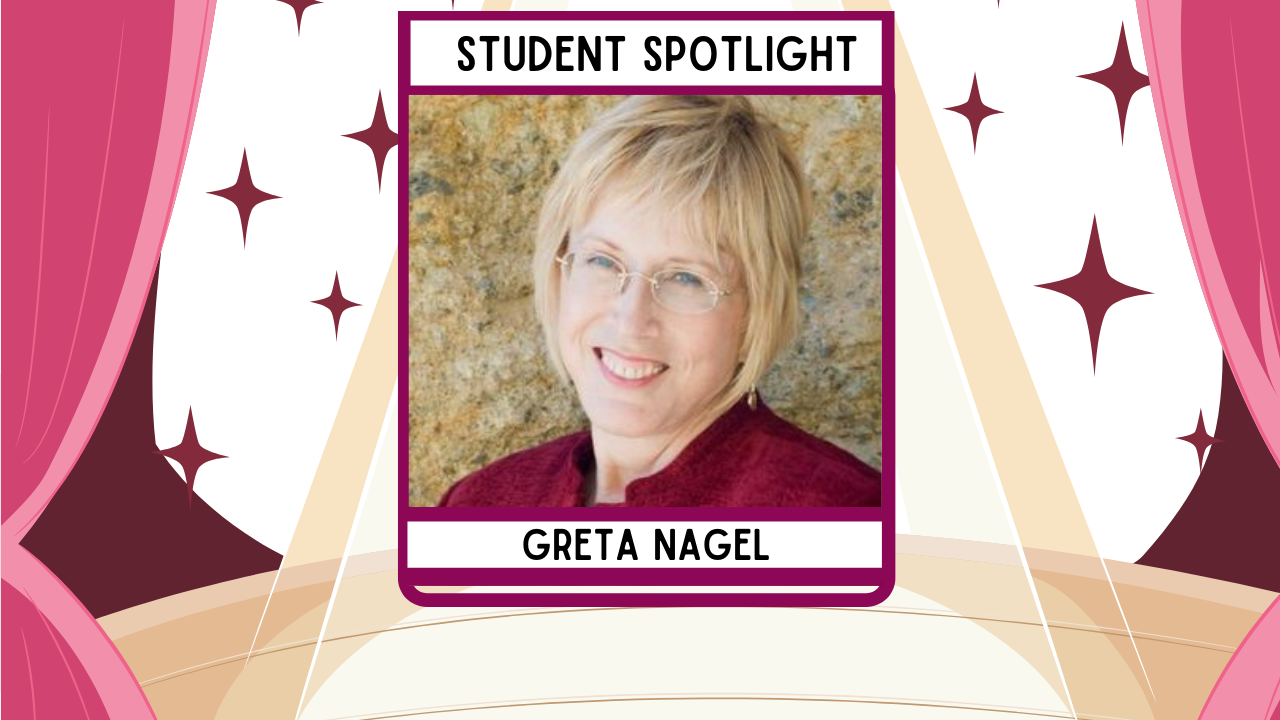 We're happy to turn the

I once wrote a short paragraph about my sister Karina not long after she died in the late 1980s:

Rina was the middle one, a devoted mother, a valiant fighter who died of lung cancer at the age of fifty. She was truly a book lover who read and read and read, often to the exclusion of going out. She was an introvert, an “NT” (Intuition plus Thinking in the Myers and Briggs Personality Test)and a devoted book editor who stayed up late in her dark, book-stuffed home working over a manuscript until morning hours with a constant cup of boiled coffee and a menthol cigarette. She collected books, turtles, and black turtleneck sweaters. She was cool, of shining silver.

But there was much more to this dear person who was so loving, so generous, so beautiful—and I aim to tell about it. Somehow I always associated her with the moon, and as I think about the moon’s meanings through history, I am convinced she really was my Moon Sister.

Just as people feel a connection to the moon, I connected to my sister Rina. She was eight years older than I, but she was closer to me in age than Joanna. A family story tells how when I was two years old our family all piled into the black 1947 Pontiac to see The Red Shoes at the drive-in theater. I started to fuss and cry, and she was the only one who could get me to calm down as she walked me outside, around and around between and among the parked cars.

Unlike the forceful sun, the moon is gentle and Rina was that way with me. When I was a little girl, I took bath every Saturday night, for our whole family would get ready to go to Chicago’s Finnish Lutheran Church the next morning. The ritual included Rina setting my hair. She had me sit on the toilet with the lid down and carefully sectioned my damp hair, rolling the strands into white rags that she tied twice. In the morning she’d undo my do and declare that I was very pretty.

In stories, the moon has a reputation for being generous, and that was so true of my sister. I was eight when she took me along on a date with a guy named Fritz. We went to the renowned  Riverview Park and it was there, squished between Rina and Fritz, that I went on my first roller coaster ride. The Greyhound was actually pretty tame, but I thought the ups and downs were huge, and I must have hollered and yelled “Maaaaa” on all the downward runs. However, for a long time after I bragged about my ride and how much fun it was. Over the years she gave me wonderful gifts every birthday and Christmas, sent money every month when I went to college, had me over for sleepovers when she was a career girl, and gave up her terrific apartment to me and my new husband Glenn as a wedding gift, allowing us to enjoy its 12-foot ceilings, oak cabinets, and three bedrooms at $125 a month. Especially appreciated were the cool lesson plan ideas from her experiences as a Cooley Jr. High teacher. I owe it to her support that I became confident and successful when I began my teaching career at Manley School on the West Side of Chicago’s inner city.

My sister was a lovely person inside and out. She was someone I knew I could rely upon to be there for me, but she was also very thoughtful toward my parents and others. When she went away to college in Greeley, Colorado, her letters sent home revealed that she was homesick and didn’t love her decision to start college off so far from home. She was appreciative of all Mom and Dad did to support her, but she thought it was too expensive and distant. Instead, she transferred to Valparaiso in Indiana where the family could visit her and she could get home to see us outside of Chicago more cheaply. It was there at Valpo that she was asked to be a model for the bookstore ads, and she was chosen to represent her sorority at events. Rina was a very photogenic and attractive person.  However, she was not, I learned later, a model with athletic inclinations. Somehow she had managed to avoid taking the required regular gym classes, despite the rule to take one class each semester. It finally caught up with her during her senior year when she was not going to graduate unless all obligations were met. Therefore , her spring schedule was: (1) early morning swimming class, (2) badminton, (3) tennis, and then (4) afternoon volleyball.

In ancient mythology the moon goddess stood for protection of women and children, and yes, that was Rina. I saw her spring into action when there were issues of women’s rights not being respected or children being unfairly treated. She was the sister who spoke up when our father, Bill, was being unreasonable. She was the one to come to the defense of her sisters and, later, her daughters. She was also the one who read Gloria Steinem and talked about her ideas with me. But Rina also filled the role of Goddess of the Home in many ways, even though she was an active career girl in her twenties, and she went back to work full-time as a Scott Foresman editor in her forties. During the years of raising her three daughters, though, she was very home-oriented. She and her husband, Will, entertained often, including hosting family gatherings. She loved decorating and enjoyed the very special wallpapers that went into their four bedrooms. Modern furniture gradually replaced her Salvation Army pieces (that she’d been teased about as “buying furniture by the pound”), and everyone admired the very cool lamp that arched many feet into the air before its pendant illuminated the comfy Eames lounge chair.

In addition, Rina was indeed the Queen of the Night. Her enjoyment of staying up late to read or, later on, to do editing work was very much HER way. She read everything, but some of her favorites were The New Yorker magazine and any and all books by Joyce Carol Oates. Her late night reads also kept her from being an early riser in the mornings. She used to exclaim that she was simply NOT like her husband who actually did jump out of bed in the early hours to do energetic calisthenics at the foot of the bed.

But if any attribute represents the moon, I think many people would choose the word reflective, and that was perhaps Karina Faye’s most significant trait. Both interpretations of the word reflective hold true. She was not a glory seeker, but she liked to reflect back the good qualities of other people to them or to others. She was awfully good to our mother, Marie, in many supportive ways, affectionately calling her “Mommy-O” and encouraging warm interactions with the three daughters who called her Grammy. She supported  my family and me in our endeavors and expressed interest and encouragement in handwritten or typewritten letters that came in the mail. But reflective also indicates a deep thinker, a pensive person, one who ponders. That was my sister, who probed the quandaries of life and talked about the books and stories that gave her insights into other ways of living and thinking. And it was her phone calls and words to me and others when she was struggling with operations on her lungs and the eventual cancers of her lungs and then brain that introduced me to how to love life while accepting death. Oh, yes. The moon is known to be stoic.

I miss my sister every day but am reminded of her when I gaze upon the moon—now more than ever.

Ignorance is the night of the mind. It is a night without a moon by which to see.
-Confucius